Guzheng (gu “古” means “ancient"，zheng “筝” means “zither”), also known as the Chinese harp, is a Chinese plucked instrument with a more than 2,500-year history. An early Guzheng emerged during the Warring States Period (475-221 BC). It became prominent during the Qin dynasty (221-206). Guzheng also inspired other Asian zithers, such as the Japanese koto, the Korean gayageum, and the Vietnamese dàn tranh.

Guzheng used to have only 12 strings before it got developed all the way from 13, 15 to 21 strings with movable bridges. The modern Guzheng also replaced the silk strings with metal strings wrapped in nylon to increase instruments’ volume mostly. Guzheng players pluck the strings on the right hand with right or both hands, whilst those beautiful rich ‘colours’ are added by pressing strings on the left hand side with left hand. 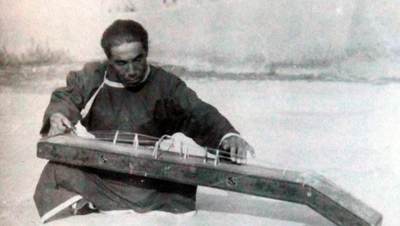 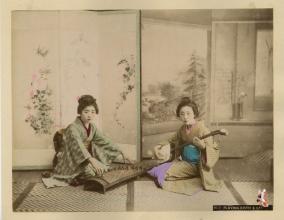 Throughout the history, guzheng keeps its vitality with its rich folk foundation and has been constantly brought to next level by creative performers in each generation. Being continuously popularly in the mass, Guzheng music began being taught in professional music conservatories. The huge interest in Guzheng from the mix of professional and folk musicians has successfully led to unprecedented improvements and enrichments within the Guzheng field.